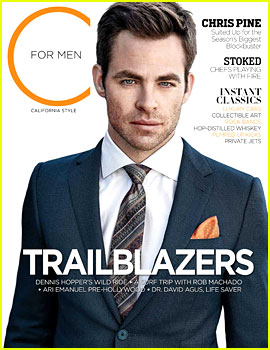 What you can learn from mens magazines…
Did you know that men look at the cover of female magazines to learn about us?  Interesting.  So lets do the same. What would we discover about men if we did similar research?
Example A:  Let’s look at the covers of Men Magazines I found on the web. The first is GQ and a cover had the following: Don’t Mess With Christian Bale, 25 Best Pizza Places on Earth, Lean and Mean. Then there’s Details magazine:  The Greatest Virginity Story Ever Told, The Sandwich You Have to Try. Next we have: The Dinner Date Seduction-Men’s Health, Rafael Nadal Fears No One-Men’s Journal, The Billion Dollar Art Vault-Men’s Vogue, The 3rd Annual Badass Issue-Penthouse, The Scariest Man in America-Maxim.  The articles seem to have this air of conquest, power and success don’t they?  The marketing of these magazines seems geared towards a mans’ attraction to elements of “success,” “danger,” “toughness,” or “difficulty.”
Lesson #1: Men like difficult and challenging things.  Men love achievement, it seems. You ever notice how the men you aren’t attracted to won’t go away? And you don’t understand why? It’s because you’re not interested and he likes that challenge. And then there are the guys you absolutely adore that are paying no attention to you? Maybe you are making it too easy and there is no challenge. Interesting thing to explore a bit huh, ladies? Solution: Let a Man Chase You  Here’s How

Example B:  Then I went to the “Ask Men”  web site and found some interesting things too. There’s an article about teenage girls hating actress Kristen Stewart who stars in the movie Twilight.    They hate her so much they have web sites dedicated to hating her. The reason for the hatred?  She is the on-screen love interest for Robert Pattison-the hot guy in Twilight.

Lesson #2: This is how men learn to pin women against each other. Solution: Let’s stop pouring our energy into competing with women. Especially women we don’t even know. This only enables him to use other women to get an emotional reaction out of us.  He stays in control this way.  Mmmmm…not here at Bitch Lifestyle.

Example C:  Another article is entitled: “How many vices you can get away with?” He knows these are bad for you but wants to play with the danger.

Lesson # 3:  A man wants to know what his boundaries are. That’s why it’s so important that a woman respects herself and sets boundaries with him regarding her. Solution: Make sure he knows that there are consequences to his actions if he disrespects and doesn’t appreciate you. This must be done up front by a woman. He’s going to test you either way.  With boundaries set, he will learn walking all over you gets him nowhere.

Example D:  There were 2 articles about food.  And very simple food.  The “best pizza on earth” and a “sandwich they must have.”

Lesson #4:  Don’t try too hard by cooking him fancy meals.  Solution:  Perhaps the first time you cook him a meal you make it much much simpler.  Start out with potato chips.  (Lays are good) As time passes and he shows with his actions how much he likes you, add the pizza and sandwich options.  Can you imagine how special he’s going to feel when you finally get around to cooking him a T Bone steak?  You both win!